Full Throttle Payback would have been the official sequel to the original game, the story would have continued where the original left of. LucasArts begun the production of the game begun in spring 2000. By then Tim Schafer had already left LucasArts when the game got into the development stage, this lead to Larry Ahern, who was involved in the original game's development becoming the project lead and William Tiller to become the art director.

In Tiller's opinion, Payback "was going to capture the feel of the first game yet expand upon the social environment". At the early stages, the project received positive feedback from other LucasArts employees but according to Tiller. The game development went well for a long time, but in November 2000 whent 25% of the levels where completed and 40% of the preproduction was done and just started on 3D models when things started to look dark. According to Tiller disagreements started to arise over the game style the game had between the productive team and a very influential person within the management. This "Mucky muck" as he called him, had read the game design and said that he did not like it. When Tiller asked for more precise criticism the person answer that the he didn't think that the Cavefish gang (or the Cone Fish as the person called them) belonged in the Full Throttle universe. LucasArts never released an official statement regarding the game cancellation. Both Ahern and Tiller left LucasArts in 2001, after Payback was cancelled.

The story of the game would close resemble the story of the first game. It would be focus on Ben's efforts to foil a plan by a large corporation making a deal with local governor to replace all paved highways with hover pads, so that they could sell all the hover vans and family oriented cars that would be "faster and safer", robbing the bikers and truckers of their traditional ground. The biker community did not like how things were starting to change and had started a rebellion against the company, but this did not sit well with the governor who hired the Rotwheelers to assassinate the Father Torque who now leads the anti-hovercraft rally, then team up with a "persistent undercover female reporter" to bring down the villainous governor. Ben is however in hiding from the media who has not given him a break after he was acquitted of Ripburger's murder.

The first part of the game would revolve around Ben trying to stop the assassination of Father Torque and in the second half he would be joined with a persistent undercover female reporter to bring down the government.

The game would also feature now locations that the players would visit: 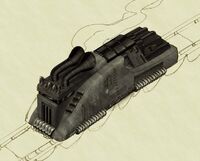 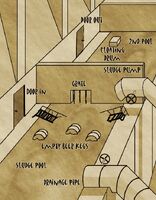 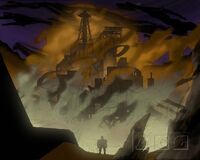 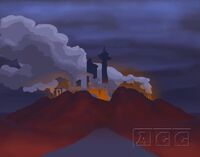 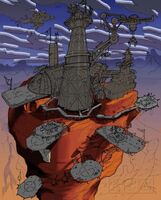 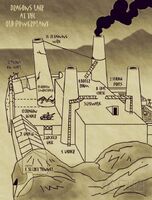 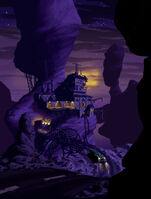 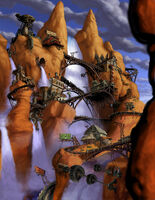 Add a photo to this gallery
Retrieved from "https://fullthrottle.fandom.com/wiki/Full_Throttle_Payback?oldid=4564"
Community content is available under CC-BY-SA unless otherwise noted.